Metrosil Quench Protection Units are silicon carbide (SiC) varistors designed to clamp voltage to a required magnitude and quickly extract energy stored in superconducting magnets during a quench.  The design of each unit has been optimised for ease of installation and our High Energy Test Laboratory (HETL) guarantees and certifies protection from a quench at maximum operating current – preventing damage to the magnet and costly maintenance.

With the 12000 Series, the energy from the magnetic field can be extracted at a much faster rate and more efficiently. Our tests on superconducting systems at CERN have shown that using Metrosil varistors results in a rapid current decay that is roughly three times faster than a linear dump resistor (see graph opposite). This reduces the amount of energy dissipated in superconducting coils during quench by as much as 50%.

Metrosil Silicon Carbide varistors were borne out of the high-voltage department of Metrovicks Research in 1936 and mass produced in 1937. As a major power house in the 20th century, Metrovicks was renowned for its industrial electrical equipment, which included generators, steam turbines, switchgear, transformers, electronics and railway traction equipment. Consequently, Metrosil resistors were specified into major flagship projects that paved the way for the efficient distribution of electricity. To this day our resistors remain in place within established power networks, which has instilled trust in major OEMs and utilities alike. As modern power infrastructures develop, we continue to innovate and be specified into substations on a global basis. 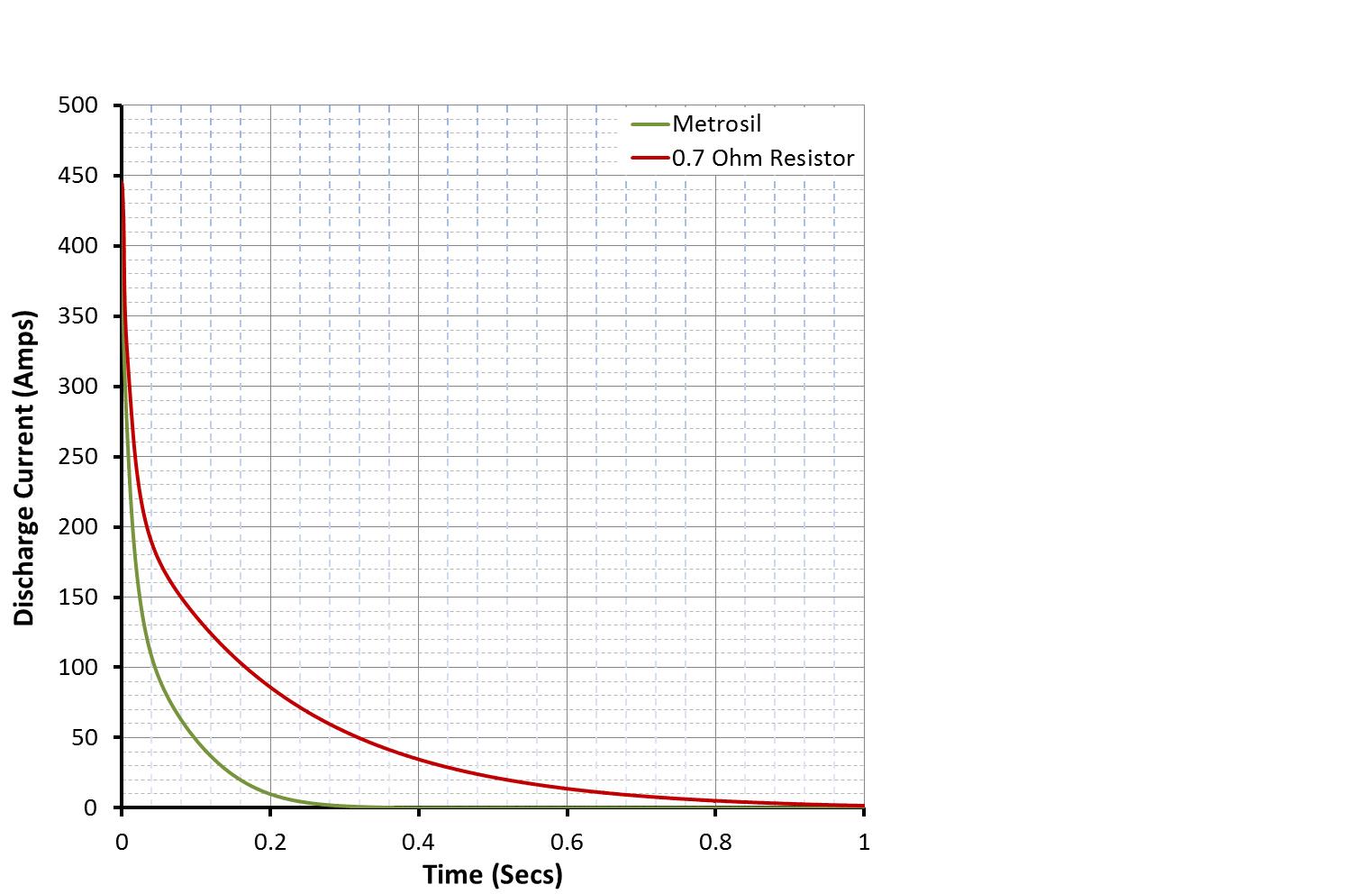